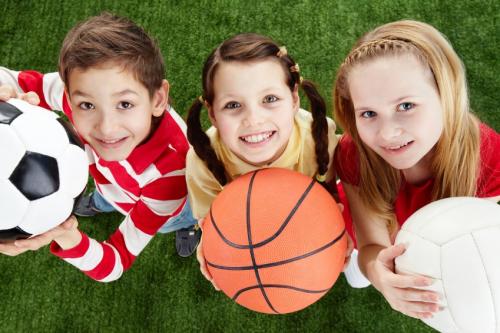 It’s no big secret that exercise should be a top priority for children of all ages, especially given the fact that childhood obesity is on the rise. Yet many parents today are reluctant to enroll their children in organized sports because of the fierce competition.
In many cases, parents are likely to take sports competition even more seriously than their kids do. One recent parent brawl at a Little League game was caught on tape in Columbus, Ohio.
The fight started when one parent asked another parent to turn down the loud music they were playing to celebrate a win. Moments later, words were exchanged, fists were flying, and a full-on brawl had ensued. Police were called to the scene to arrest parents that had set a terrible example for their children.
The Pros of Children’s Sports Teams
Beyond peer competition and brutal fights between parents, organized children’s sports provide a long list of benefits that include:
• Regular exercise. Kids on a sports team, like an Austin soccer team, will be able to run, jump, and play with friends. Exercising in a group environment will teach kids to appreciate physical activity at a young age, likely reinforcing the habit for life. Keeping a child active is one key to preventing a sedentary lifestyle that could lead to serious health conditions like type II diabetes, stemming from childhood obesity.
• Learn sportsmanship. When children play an organized sport, they’ll learn to work together as a team to better understand respect and sportsmanship. Even though a soccer team may win a game, kids will be taught to congratulate the losing team and vice versa when the tables are turned.
• Relieve stress. Children that have difficulty coping with day-to-day stress at school or at home can use group sports for much-needed stress relief. Even more importantly, children with a bad home environment can use team sports as an outlet instead of turning to drugs or crime as a result of peer pressure.
The Cons of Children’s Sports Teams
For a fair comparison, it’s important to explore the potential disadvantages of enrolling your child in organized sports, like:
• Too much competition. A young child may not be able to handle the pressure of playing on a highly competitive team, especially if their parents are pushing them into it. If a coach is more focused on winning than on the love of the game, a child may be more susceptible to performance pressure that could stick with them throughout their future career.
• Strain or injury. A child may be too timid to ask for a break if they feel overexerted. Children are also more prone to dehydration and heat stroke caused by exposure to hot weather during a long game. Kids should be encouraged to take breaks regularly and drink water and sports drinks to stay balanced and hydrated in both practices and games.
If you’re on the fence about enrolling your child in organized sports, it’s clear that the good outweighs the bad. When approached with a healthy attitude, a sports team will give your child the opportunity to exercise, spend time with friends, and learn respect for others.

Darcey Deeds is a freelance writer out of Austin, Texas. He currently has teamed up with Avila Soccer which is the leader in Austin Soccer for both kids and adults.