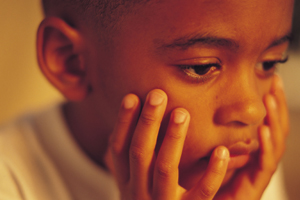 We weave religion into our lives, we normalise the vagary

So from about the tender age of 4 or 5 we begin to realise there are some things not quite right. Sure, we’re all different but also mostly the same – we negotiate a relatively well understood series of developmental stages. We start to question the tooth fairy fantasy, Santa and his Elves and those fortunate frogs that turn into doyens if only we dare to kiss them. More recent tales might be the belief that if we cry too often, a social worker would come knocking on our door.
All cultures have their fare share of folklore and folktale. Even the simplest and most static of human cultures is an engine of inventive mutual influence and change. We preserve historical record, imaginative or real – couched in language, we narrate our world and co-construct meaning and our place in it.

Developmental Psychiatrists expound the theory that our intellect and personality develops in a series of stages. Our cognitive development occurs through a process where actions prompt thought processes, which influence the actions the next time around. Infants learn about object permanence, that a person or object still exists, even if the infant cannot see it. But it seems as adults we can believe in the make-belief. We can believe in a Deity – a creator and ruler of the universe and source of all moral authority; the Supreme Being. Something; a Someone that we’ve never really seen much less heard from. Sure, there is some positive psychology to be gained from Monotheistic religions; the extent of which is a matter of individual’s and their private faith. Much has also been said about the psychology of religion and anxiety – our inevitable deaths elicits crippling existential anxiety. Our belief in the paranormal reduces our anxiety about death being the end. Such beliefs are protective – they allow us to not face the difficult question of our mortality and our ultimate insignificance, and thereby protect us against the threat of meaninglessness.

But there is also a small matter of conflict – personal internal conflict. At each stage of development, children experience conflicts that affect their development; these are based on either developing a psychological quality or failing to do so at all. I can’t find a better example of this than in the manner by which we deal with our God, any God.

Now, the study of psychiatry and associated abnormalities doesn’t end when we grow up. In fact, in the Western world at least, we need to be at least 18 years of age before we can even be privileged to be afforded a personality disorder diagnosis. Psychiatry is a curious thing – heck, there is even a disorder known as Alice in Wonderland Syndrome. As you know, whilst the novel’s tone may be light hearted and playful, and the author’s intent to entertain, there can be no doubt that the novel also succeeds as a vivid demonstration of human psychopathology. Carroll did much to shape our understanding of the brain. Not just Freudian psychology, but modern neurobiology of the brain. He explored, for example, whether there’s a continuous self, how we remember things from the past and think about the future.

Reality for most of us is a far cry from that amusing, albeit menacing Cheshire cat. After all, it lived in Wonderland, a place where everything is illogical and nonsensical. What about us? Certainly, the events of the last decade or two; the religiously-motivated “crusade” have been as much a source of inner conflict as well as reason for horrific pain, sacrifice and global discontent. Religion, whilst not necessarily the cause of all violence and war has nevertheless been party to fanaticism, intolerance and persecution. We nevertheless seem to accept the promise of a higher order – a supernatural power or deity; codified symbols and rituals at every turn. In God We Trust appears on the American dollar; the same dollar buys us oil and arms revolutionaries in the name of holy wars, crusades and the such. Christopher Moltisanti (HBO’s Sopranos) even sees purgatory when he’s not reshaping kneecaps. We weave religion into our lives, we normalise the vagary.

We have developed countless classification systems to deal with our state of being; our state of mind. Some of these go back as far as 2,000 years and differ in their relative emphasis on phenomenology, etiology and course as defining features. Some systems included only a handful of diagnostic categories; others included thousands.

Today there are two main mental health classification systems in use; the Diagnostic and Statistical Manual of Mental Disorders – the DSM and the International Classification of Diseases, ICD. These are the psychiatrists’ bible, providing the diagnostic criteria for all forms of mental disorders. Since its initial publication the 1950’s the DSM has, not surprisingly, grown substantially in size: from 130 pages and 106 mental disorders in 1952 to 492 pages and 265 disorders in 1980. There is some research that suggests more than 40% of the U.S. population will meet the criteria for at least one DSM diagnosis during their lifetimes. It’s worse in Australia with almost half of the total population (45.5%) experiencing a mental disorder at some point in our lifetime. It should be noted, however, that some 99.9% of the same population has had a physical health problem in their lives.
And it’s not like the DSM hasn’t been criticized for its lack of reliability and validity in its diagnoses; basing its diagnoses on superficial symptoms rather than underlying causes; its distinct cultural bias; and a conflict of interest related to its relationship with pharmaceutical companies.

Controversies over the ensuing years have been numerous and insightful. Consider for example how we perceived people who felt their physical gender didn’t match their true gender. In previous versions of the DSM these people were diagnosed with gender identity disorder. The DSM-5 (the current version) revises the criteria for the disorder and changes the name to the less-stigmatizing gender incongruence. In another example the authors did away with homosexuality as a mental disorder in 1973 after much protest by gay and lesbian activists as well as the weight of scientific evidence suggested that same-sex attraction was a normal variant of sexuality among well-adjusted people.

Throughout this, and with religious practices aside, the diagnosis of features that are characterized by problematic thoughts and emotions; those that render patients with a loss in some contact with reality has been largely been attributed to classifiable organic and psychiatric disorders. These include for example brain diseases such as Parkinson’s, Huntington’s, Alzheimer’s, certain types of epilepsy, infections schizophrenia and other psychotic disorders. Is there a case to pathologies religious zealous? It seems so.

According to the American Psychological Association (APA are the authors of the DSM), a strong and passionate belief in a deity or higher power, to the point where it impairs one’s ability to make conscientious decisions about common sense matters, will now be classified as a mental illness.
The controversial ruling comes after a 5-year study by the APA showed devoutly religious people often suffered from anxiety, emotional distress, hallucinations, and paranoia. The study stated that those who perceived God as punitive was directly related to their poorer health, while those who viewed God as benevolent did not suffer as many mental problems. The religious views of both groups often resulted in them being disconnected from reality.